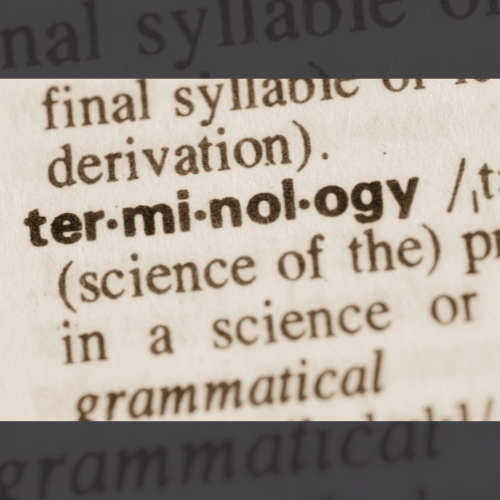 Are you new to the United States legal system? Or looking to brush up on the basics that every person involved in a trial should know? Whatever the case may be, we’ve got your covered! In this blog post, we will discuss Court reporting and highlight the ten important court reporting terms you should know.

What Is Court Reporting?

Court reporting is the capture and preservation of a record of what transpired during a legal proceeding, whether it be a deposition, hearing, arbitration, or trial.  A court reporter, also known as a stenographer or Certified Shorthand Reporter (CSRs), is the person who completes the court reporting. Court reporters are trained professionals who operate special devices that make these detailed transcripts possible. The device mainly used by court reporters is a stenograph. Similar to a typewriter, a stenograph has a keyboard with only twenty-two keys representing a mixture of consonants and vowels. The court reporter uses this device to capture all noises within the room such as words and bodily sounds. They often times also record facial expressions and movements by members of the court that could play a part in the case.  In the end, the desired deliverable from a court reporter is a verbatim script of the proceeding that can then be used as evidence in a trial.

Studying law can certainly be overwhelming, as everything is deemed important to know. Below, we’ve highlighted the ten most important court reporting terms anyone in the industry should be familiar with.

Of course, there are many more key phrases and definitions to be aware of when it comes to court reporting, as it is a crucial aspect of any proceeding. Hopefully this list helps you begin to understand all of the important work these individuals do.